Mažeikiai was first mentioned in written sources in 1335. The town started growing in 1869 when the Libau–Romny Railway connecting Vilnius and Liepaja was constructed, but it begun to thrive when it was decided to place several big plants in 1960. Mažeikiai witnessed rapid growth when it was selected as the home location of the first oil refinery (ORLEN Lietuva oil refinery plant) in the Baltic states, which began operations in 1980 about 12 miles (20 km) northwest of the town.

The area of the district is 1,220.2 km², of which 32 km² is occupied by cities, towns, and settlements, 22 km² is occupied by industrial companies and roads, 614 km² is used for agriculture, 273 km² consists of forest land, and 68 km² are used for various other purposes. The district stretches 43.5 km from west to east, and 38 km from north to south. The current boundaries of the Mažeikiai district were set in 2,000.

Mažeikiai district is one of the most densely populated districts, there are 59 persons per square km (in Lithuania as a whole – 50). Since the beginning of 2020 about 52,000 people live in the district, of whom 32,500 in Mažeikiai city, and 19,500 in villages and the countryside.

The image of business in the Mažeikiai district has been formed to a great extent by the oil refinery and oil-processing company, AB “Orlen Lietuva” (formerly, AB “Mažeikių nafta”). However, the area is not just related to the oil business. There are many highly-qualified specialists and workers, and for this reason the district has a large reserve of intellectual capital. Besides the oil refinery there are at least three other important industry sectors – machinery building & metalworking, food processing, wood processing & furniture production and many other modern companies from other sectors. 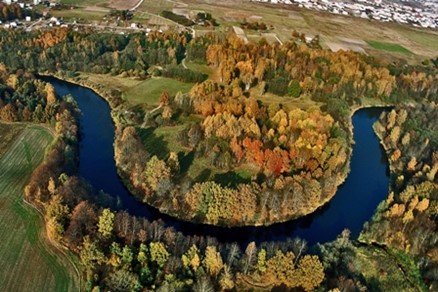 Detailed information about Mažeikiai district can be found here.